You are here: Home / The Health Benefits of Tai Chi

The Health Benefits of Tai Chi

Tai Chi “The Supreme Ultimate” – Is it REALLY?

An international authority on Tai Chi and a member of NAMASTA, Bill Douglas contributed this article to our Newsletter. 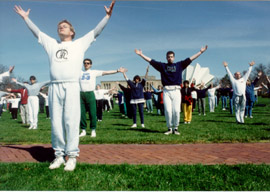 Why all the hubbub today about ancient Chinese health sciences? Perhaps because contemporary superstars like jazz great Cootie Harris, and NBA legend Robert Parrish, and legendary actor Robert Duvall extoll T’ai Chi as integral to their extraordinary prowess in their fields. Not to mention reports that Tiger Woods’ secret weapon was Qigong.

Tai Chi, directly translated means “the supreme ultimate.” When one looks at the big picture of what Tai Chi really does for a body, and a life, you quickly realize this is not hype. Tai Chi is a form of moving Qigong (breathing exercise) and when used in conjunction with Sitting Qigong and Qigong Warm Up exercises, Tai Chi is literally unequaled in the benefits it provides.

Tai Chi combines a simple, yet highly sophisticated system of biofeedback and classical conditioning. Actually the slow movements of Tai Chi provide a format for deeply observing the body from within. This slow quiet observation allows practitioners to become aware of where the body is holding onto stress, and through breath and visualization techniques begin to “exhale” those stress loads out of the tissue of the body.

Tai Chi rotates the body in 95% of the ways the human body can move, allowing a deep and thorough awareness and cleansing throughout. No Western exercise comes close; swimming only provides a 65% rotation of the body’s possible motions.

As this slow motion cleansing of the tissue occurs, the deep full breaths allow the lungs to “exhale” toxins. 70% of all the toxins expelled from the body are released through the breath. Making Qigong’s “breathing exercise” a powerful process, that is widely misunderstood, underestimated, and vastly underutilized in modern society.

Also, the slow motion aspect of Tai Chi is very unique. This slowness allows the user to “relax” while in motion, observing tight spots. Most exercises involve strain and force, causing the body to tighten. This coupled with the fast motion of other exercise makes it impossible for the practitioner to become subtly aware of tight spots and stress loads, let alone to think about letting them release. In fact many exercises actually can add to the tight spots.

Angst producing exercises can produce lactic acid, which is known to cause anxiety. We unconsciously collect them in our deep skeletal muscles during times of stress and overly strenuous exercises. That is why after the euphoria of an endorphin release wears off after running or power lifting, you may actually feel even more anxious. Only Tai Chi and Qigong go into those deep skeletal muscles with a relaxed loosening that allows the body to begin cleansing
itself. 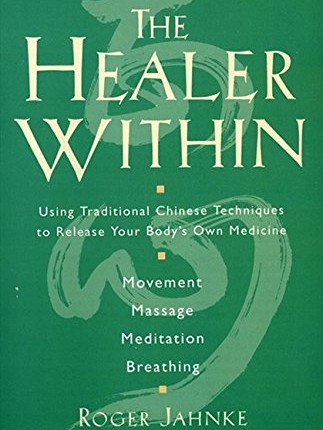 Tai Chi is like a deep tissue massage from the inside out. As the muscles relax while in motion, they are gently massaged by the bones underneath and the surrounding tissue. Even the internal organs and nervous system is gently massaged and can release stress or tension. We think that only our muscles collect tension, but actually every cell in our body can. Modern physiology research indicates that all emotions are communicated and stored in every cell of the body, carried through amino acid based neuropeptides from brain to body.

So, Tai Chi’s flowing, effortless, loosening motions cleanse rigidity and stress not only from muscles, but also from the mind and heart, or emotional systems. Each cell holds feelings; therefore old repressed or obsessive feelings can be released through Tai Chi practice.

There are many ways to measure the positive results of Tai Chi using modern pharmacology.

Depression for example is a growing problem in modern life due to the tremendously rapid speed of change, which leaves us feeling disoriented and sometimes a bit alienated from a world that always seems to be moving a bit faster than we can keep up with. Depression has been associated with depleted serotonin levels, and Tai Chi and Qigong have been shown to correct the imbalance of serotonin levels.

This may partially explain why Tai Chi practice relieves depression, anxiety and mood disturbance as reported in the Journal of Psychosomatic Research.

Another measurable benefit is Tai Chi’s ability to elevate T-Cell counts. The T-lymphocytes, known commonly as T-Cells, consume virus, bacteria, and even tumor cells. Therefore Tai Chi’s ability to increase T-Cell counts mean a lot to all of us as modern stress tends to deplete T-Cell counts. Tai Chi also increases to other body chemicals known as DHEA and SOD (super oxide dismatuse), both believed to be associated with aging. Both DHEA and SOD levels are higher in children and very healthy people, and lower in elderly people or those with cancer, for example. Simply put, Tai Chi may actually slow down the aging process as it boosts the body’s prevalence of these natural chemicals.

“Natural” is the key word here. The rapid increase of pharmaceutical solutions are causing many problems. Pharmaceuticals are, of course, wonderful when needed. However, Tai Chi and Qigong may offer many non-pharmaceutical solutions that can save both money and health. Out of the US $1 trillion dollar expenditure on health care annually, an estimated $700 billion of that is used to treat illnesses caused by stress. Therefore, Tai Chi & Qigong, if massively prescribed by physicians and used by patients can save massive amounts of health care dollars.

The other side of the “natural” issue is internal toxicity and environmental toxicity. The 4th leading cause of death in the US is pharmaceutical poisoning from legally prescribed drugs. Also, many are finding that the side effects of prescribed drugs require other drugs to treat those side effects, and so on, until a web of drugs becomes enormous, expensive, and sometimes dangerous.

Reports indicate that the most prevalent toxin in our nations waterways is pharmaceutical contamination. Not from industry waste, but from human body’s releasing used drugs into the toilet, sewer, and eventually the waterways. So, if Tai Chi and Qigong can reduce the 70% of illness caused by stress disease, we may save a great deal of money, improve our own personal health, and also save our environment in a big way. 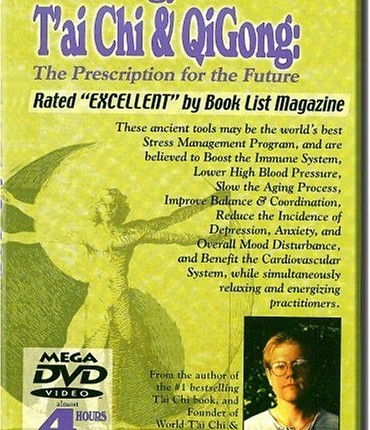 As you see, the idea of Tai Chi being the “supreme ultimate” solution to many of today’s environmental and health challenges, whether it be our stressful work environment or our stressed out ecological environment, is very real.

Perhaps its time we all take a close look at what Tai Chi and Qigong offer our daily lives and our world at large. To learn about World Tai Chi & Qigong Day, or to view medical research on Tai Chi and Qigong, or to connect with a teacher in your city, visit World T’ai Chi Day for a sixty-country directory of schools, groups and teachers.

Bill is founder of World T’ai Chi & Qigong Day, World Yoga Day, and World Healing Day, and author of what he calls a book of human compassion, “The Amateur Parent – A Book on Life, Death, War & Peace, and Everything Else in the Universe.”